New electric cargo bikes will halve the number of diesel,vehicle transports driving to depots in Danish towns and cities. Jacob Pedersen is looking for the best bike on the market.

Sometimes you need to reinvent the wheel. Luckily, in Jacob Pedersen’s case, it’s just a matter of moving it to the back of the bike.

“We call our new bicycles cargo bikes”, he says. “Unlike the old bicycles, they have one wheel at the front and two at the back. This means that they have space for 50 percent more letters and maxi letters. Transporting to depots in towns and cities via diesel vehicles will be halved.”

Jacob is the fleet manager responsible for PostNord’s Danish fleet. It consists of an impressive array of vehicles: some 3,000 vans, light trucks and trailers, 700 heavy trucks and 250 mopeds – as well as the company’s 900 electric tricycles, which have become quite worn out over the years and need replacing.

“It’s part of our green transition and, just as important, we want to find the best bike on the market that suits mail carriers in their daily work.”

On some routes, colleagues are testing cargo bikes from two different suppliers. It’s a lot to think about: Is the bike too heavy, does it sway, do the handlebars shake, are you sitting comfortably, is it easy to reach the mail?

“We’re sending all this information to both suppliers, so they can develop the optimum bicycle”, Jacob says. “We've already tested one of the bikes for a short time, but the test was stopped to further improve the bike.”

Jacob has been working at PostNord since he started as a Saturday temp at just 18. During his 21 years as a postal employee, he has had a variety of assignments alongside achieving a business administration degree in Supply Chain Management.

The degree is a solid foundation to have when keeping track of thousands of vehicles. It was also useful when Jacob hired craftsmen to build his family’s new house in the village of Ejby – just over half an hour away by car, south of Copenhagen.

“My job at PostNord is almost easier”, he says with a smile.

“My girlfriend Christina and I designed the house ourselves and I had to act as construction manager, but I never imagined that it would be so difficult to coordinate the different craftsmen.

Fortunately, the house will be finished soon, so we won’t have to stay with my mother-in-law anymore.”

Are you staying at your mother-in-law’s?

“Yes, for a little while longer”, Jacob laughs.

“It’s fine, but I think she’s also looking forward to the house being ready soon. We have three children aged seven to eleven and a large cat, who is not very aptly named Peanut. We take up quite a lot of space. By the way, she’s not formally my real

mother-in-law until Christina and I get married – and we’ll do that when our dream house is ready. So, we’ve a lot to look forward to.” 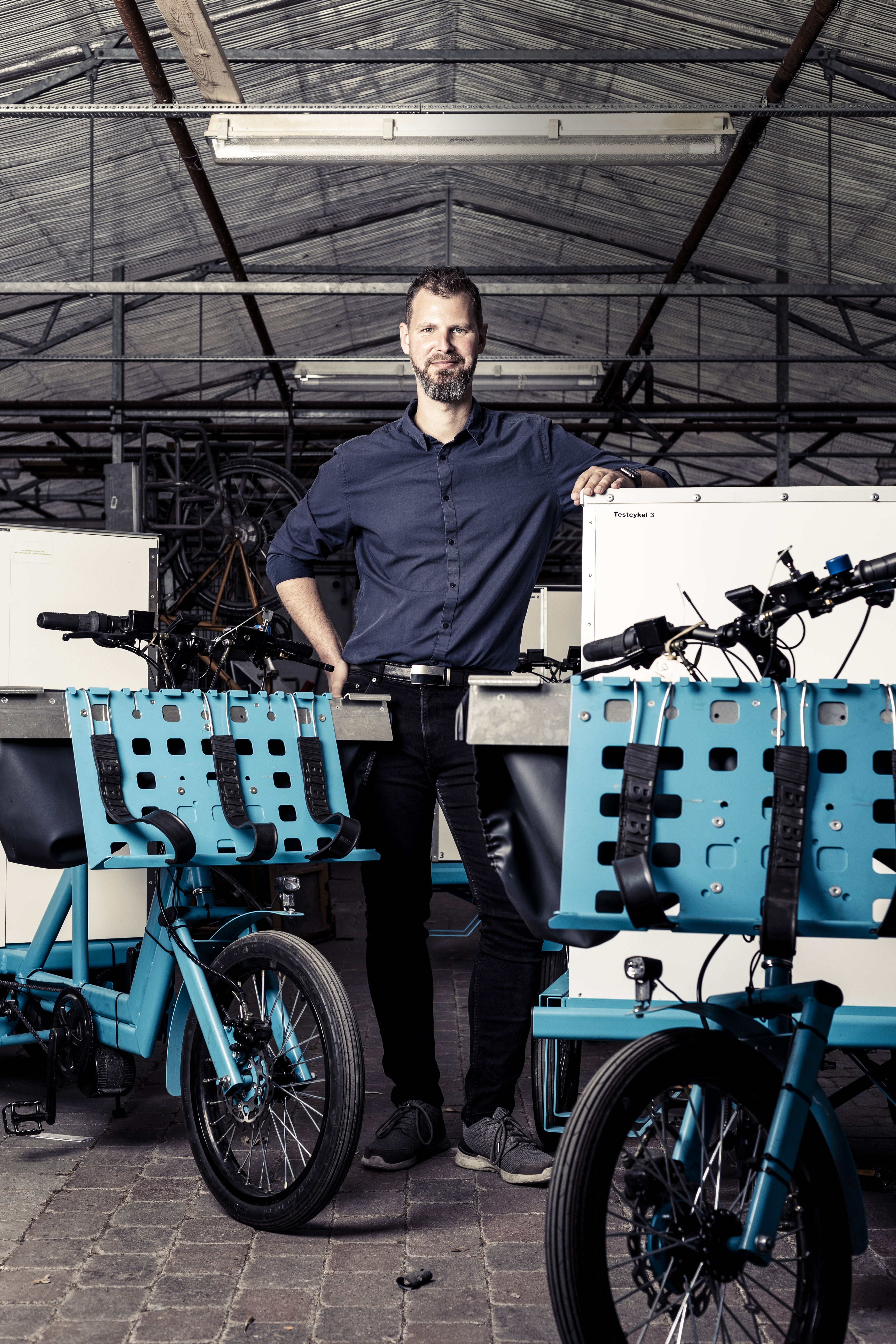 More about Issue 2 - 2021
Why do companies need a strategy?
Arne is a trendspotter
“We won’t achieve the goal by snapping our fingers”
Pauliina is bringing Finland its own parcel network